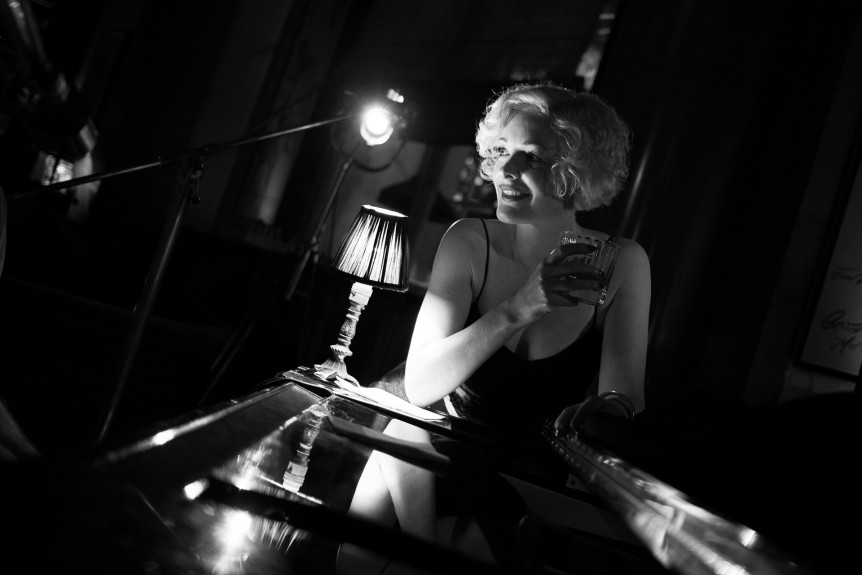 Kitty LaRoar and Nick Shankland would be perfect for any event if you like jazz as I do.

Over the past year I have been lucky enough to photograph the amazing Kitty Laroar and Nick Shankland, a jazz duo which have all the sounds of a big band, based in London and resident at Scarfes Bar Holborn. The photography I have done for them has been used for advertising, promotion and CD covers, as well as enabling me to promote myself as a jazz photographer, a line of work which I intend to build on in the near future.

I truly believe that they would be perfect for a jazz loving couple to have playing at their wedding. With Kitty’s beautiful tone and Nick’s incredibly colourful  piano playing, you just can’t go wrong. They have previously played for the likes of Hugh Hefner at his 80th  birthday party, Graham Norton at his 40th and  also Michael Flatley, just because he loves them. 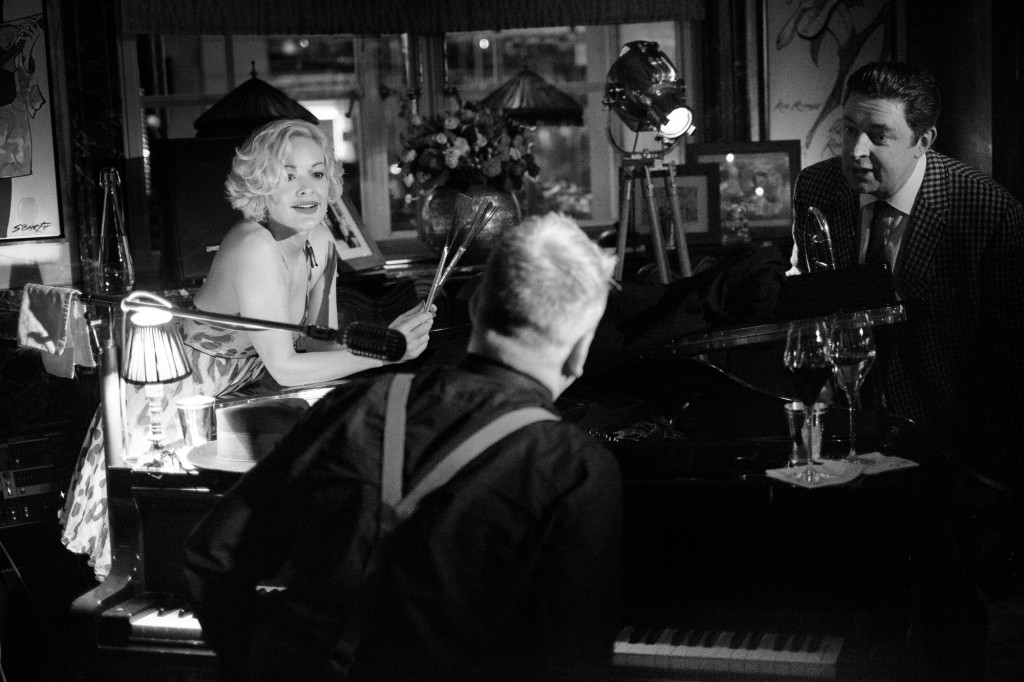 Guest musicians appearing with Kitty LaRoar and Nick include some of the greats of today.

Whenever I travel to London to photograph the band, I’m always knocked out by the amazing talent they employ as guest musicians. Pictured above is Dave Keech (Keechbone) a well known jazz trombonist who has played at Carnegie Hall of all places. Other musicians they regularly collaborate with include Geoff Gascoyne a bass player and Edgar Jones a saxophonist, both regulars at Ronnie Scott’s Jazz Bar. 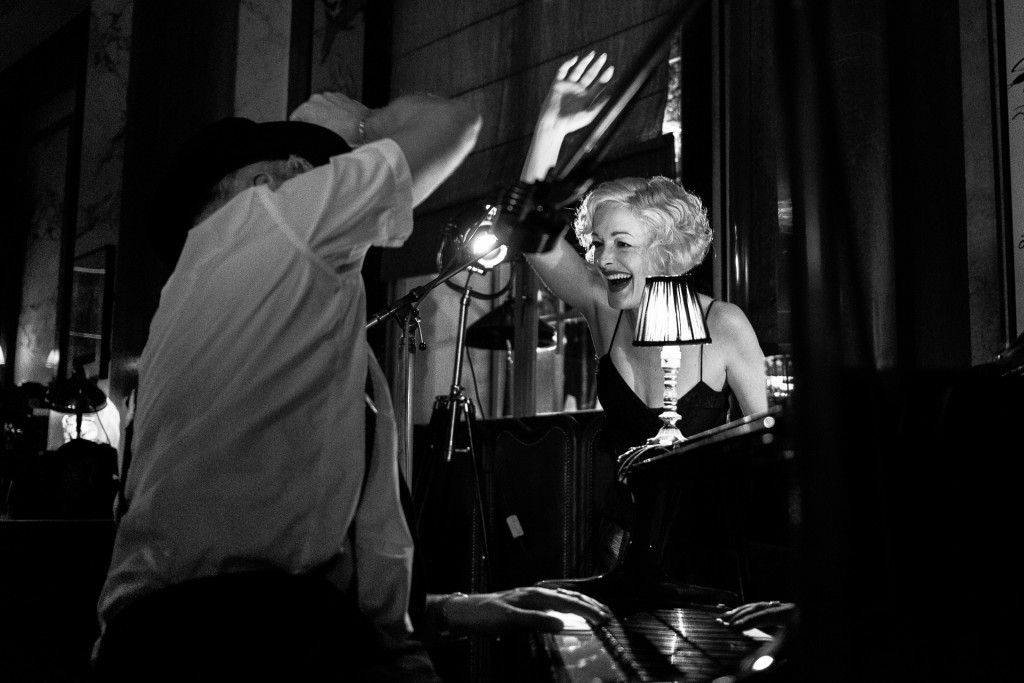 Hi Five from Kitty and Nick

Hire Kitty and Nick and make your evening swing.

It’s not as hard as you may think to have an amazing band like this at your wedding. All you have to do is ask and we can get the ball rolling for you. Kitty and Nick travel all over the world playing their beautiful music. The next stop could be for you!! Just contact us here or give us a call on 07947689841. 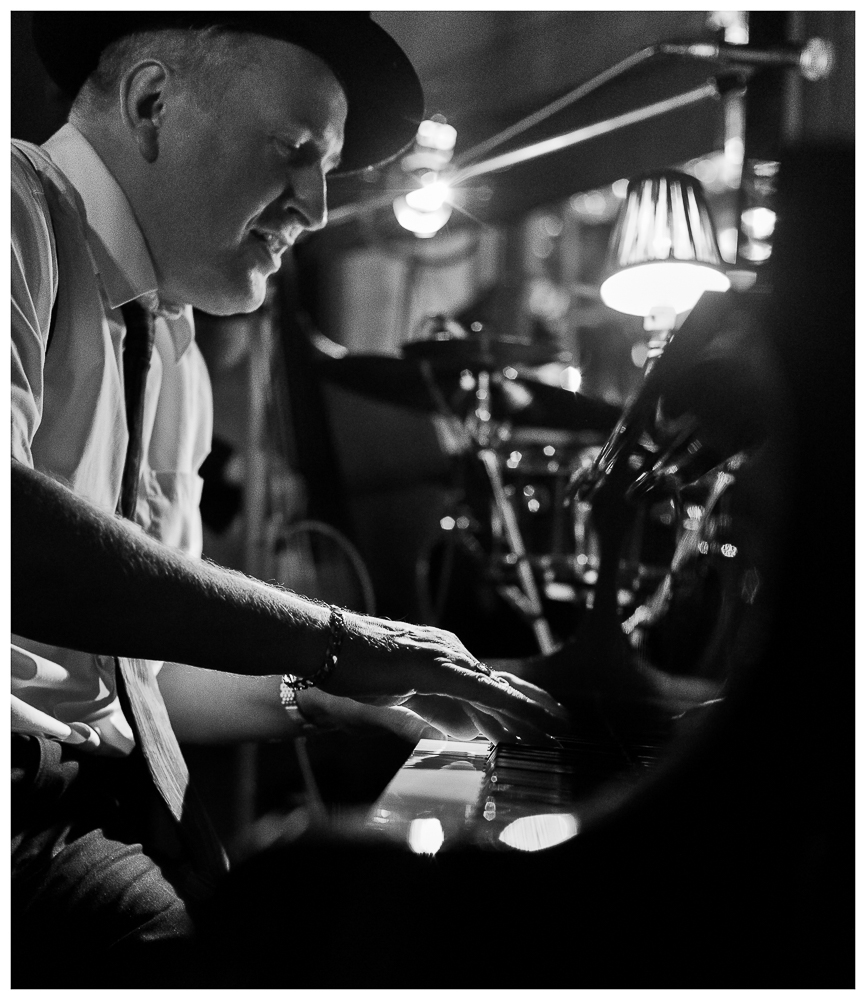